Josh provides users an opportunity to be a part of IIFA awards with #RealHai campaign
• Celebrities Siddharth Malhotra and Hansika Motwani kickstarted this contest in May by
encouraging users to bring out the ‘real you’ using the Josh App
• The campaign has received close to 7 billion views on the platform
• Josh users Akbar Ahmed, Mrutyunjaya Palai and Aahana Varshney have won a chance to be at
IIFA awards in Abu Dhabi
• Josh creators- Sameeksha Sud and Adnan Sheikh will be hosting celebrities on IIFA’s green carpet
India, 2
nd June 2022: Josh, India’s fastest growing and most engaged short-video app, concluded its one
of the biggest and exciting campaign #RealHai which provided users an opportunity to be at IIFA awards
in Abu Dhabi. As part of the campaign, users were encouraged to bring out the unfiltered version of 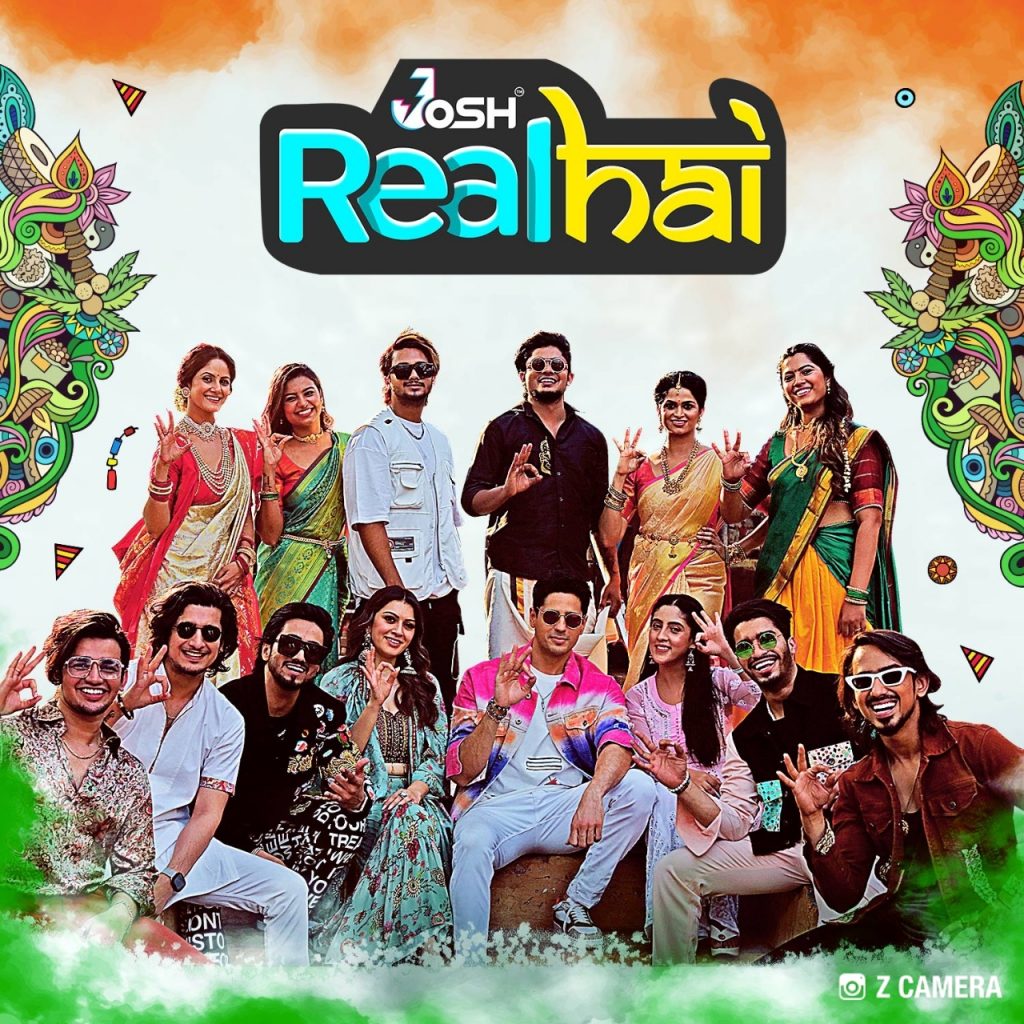 themselves, not bound by views of the outside world and prioritize real over tailor made moments
through their content.
#RealHai witnessed a phenomenal 7 billion views in just one month with over 210k videos being created
and 590 million hearts garnered under the campaign highlighting the importance of being your true self
both on and off social media. Popular actors Siddharth Malhotra and Hansika Motwani kickstarted the
campaign with a music video composed by none other than Sajid of Sajid-Wajid. The video devised by
Qyuki Digital Media showcased Josh influencers displaying their talents without any inhibitions, once
again driving home the messaging of #RealHai. These influencers travelled across India encouraging
creators to make as many videos as possible. There were six tasks each week and creators were culling
out content across genres such as dance, fashion, fitness, food, comedy or entertainment. Three winners
– Akbar Ahmed , Mrutyunjaya Palai, Aahana Varshney have been awarded with once in a lifetime
opportunity to be a part of the IIFA Awards in Abu Dhabi.
Commenting on his association with Josh, Bollywood actor Siddharth Malhotra said “Josh’s new
campaign #RealHai gave an opportunity to content creators to be their true self. I really enjoyed my
collaboration with Josh for this campaign.”

On the success of #RealHai campaign, Sunder Venketraman Head-Creator and Content Ecosystem, Josh
said, “We are overwhelmed with the response we have received on #RealHai, it has definitely become one
of the most successful in-app campaigns we have done so far. Understanding the user’s mindset is of the
utmost importance to us, therefore our campaign communication is built in a way that creates meaningful
conversations to drive awareness amongst Josh users. I personally feel that the unfiltered version of
ourselves is always the best one and through this campaign we further wanted to promote the entire
concept of being comfortable in who we are and live in a real world both on and off camera.”
From the 210K videos that came in, the three winners were shortlisted based on the originality in their
content, their concept, their representation of the real side of Bharat and whether their content was in
line with the final categories.
Having been part of the creative ideation of the campaign video, Juhi Mehta, Chief Operating Officer,
Qyuki Digital Media. “I have never seen a more powerful campaign that stands for originality of content
creation! #RealHai not only aims at bringing out raw and real talent to the world but has also
successfully acknowledged amazing talents”.
Popular creators on Josh, Sameeksha Sud and Adnan Sheikh will also be traveling for IIFA and will be
hosting the celebrities on the green carpet asking some ‘Real’ questions.
About Josh:
Josh is a made-in-India, short-video app launched in August 2020 by VerSe Innovation. It represents a
confluence of India’s top 1000+ best creators, 20000 strong managed community of creators, the 10
biggest music labels, 15+ million UGC creators, best in class content creation tools, the hottest
entertainment formats, and formidable user demographics. Josh has been consistently rated as the
leading Indian short-video app in India on the Play store with 100 million+ downloads. Josh is currently
the fastest growing and most engaged short-video app in India with over 153 million MAUs (Monthly
Active Users), 74 million DAUs (Daily Active Users) and 23 minutes average time spent.